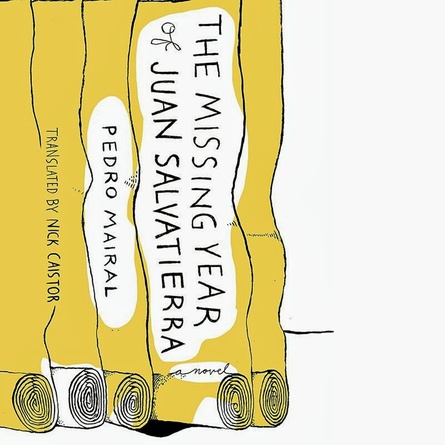 At the age of nine, Juan Salvatierra became mute following a horse riding accident. At twenty, he began secretly painting a series of long rolls of canvas in which he ...

At the age of nine, Juan Salvatierra became mute following a horse riding accident. At twenty, he began secretly painting a series of long rolls of canvas in which he minutely detailed six decades of life in his village on Argentina’s river frontier with Uruguay. After the death of Salvatierra, his sons return to the village from Buenos Aires to deal with their inheritance: a shed packed with painted rolls stretching over two miles in length and depicting personal and communal history. Museum curators from Europe come calling to acquire this strange, gargantuan artwork. But an essential one of its rolls is missing. A search that illuminates the links between art and life ensues, as an intrigue of family secrets buried in the past cast their shadows on the present.

"This surefooted exploration of the painter as a quixotic dreamer gives a South American twist to Balzac's Unknown Masterpiece ... Mairal's quickening prose moves from the ordinary to the opulent and back again without skipping a beat. The Missing Year of Juan Salvatierra will surely leave some readers thinking of Henry James's tragicomic accounts of the artist's life." - The New Republic

"The language is brilliant; pages overflow with fresh ideas and colorful descriptions ... The story is compelling, of course, but it is the language, my god the language that does the gripping. It is Mairal's descriptions--so vivid, so rich and exact--that make this book so enchanting a read." - The Coffin Factory

"At large (and for such a small book it's remarkably outsize), The Missing Year is a bucolic, yet sumptuous family drama on the River Uruguay that is also a quiet farce of the international art market." - Bookslut

"This enigmatic novel delights in its understated style." - Publishers Weekly

"This short novel about a vast painting is a pleasure to read and affirms Pedro Mairal's stature as one of the most significant Argentine writers working today. May this be but the first of his books to appear in English." - David Leavitt, author of The Lost Language of Cranes and The Man Who Knew Too Much

"The Missing Year of Juan Salvatierra is an engaging celebration of art as a force of nature, the fragile yet indomitable demand for possibility despite the constraints of a torpid existence." - The Arts Fuse