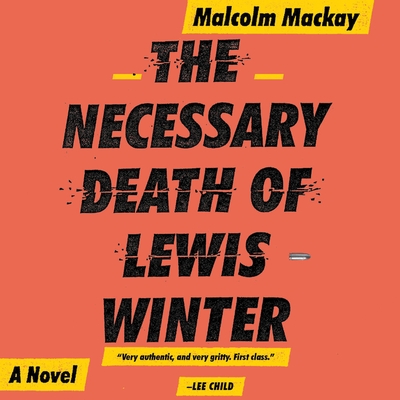 A twenty-nine-year-old man lives alone in his Glasgow flat. The telephone rings; a casual conversation, but behind this a job offer.

The clues are there if you know to look for them. He is an expert. A loner. Freelance. Another job is another job, but what if this organization wants more?

A meeting at a club. An offer. A target: Lewis Winter, a necessary sacrifice that will be only the first step in an all-out war between crime syndicates the likes of which hasn't been seen for decades.

"Remarkable. Mackay's achievement is all the more stunning because drawing on his sublime imagination and innate empathy he has created a cast of characters so vivid - especially MacLean, who knows how hard it is to kill a man - that they live on in the memory long after the final page."—Daily Mail
"A remarkably original debut . . . this is a book that it would be hard not to finish in one sitting . . . a wholly believable and unnerving portrait of organised crime."—Observer
"A quietly absorbing gangland tale, full of moral ambiguities."—The Times
"Glasgow's a tough city and this is a tough book . . . very authentic, very gritty, you can really feel the streets. They call this genre Tartan Noir and absolutely The Necessary Death of Lewis Winter is a first class member of that."—Lee Child