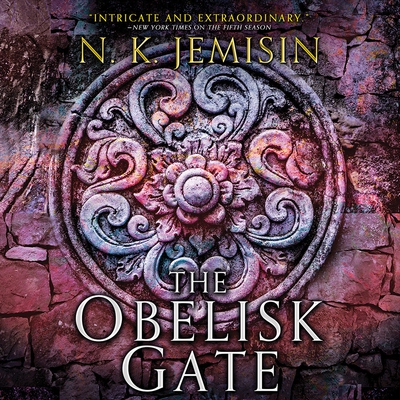 Continuing the trilogy that began with the multi-award-nominated The Fifth Season
This is the way the world ends, for the last time.
The season of endings grows darker, as civilization fades into the long cold night.
Essun -- once Damaya, once Syenite, now avenger -- has found shelter, but not her daughter. Instead there is Alabaster Tenring, destroyer of the world, with a request. But if Essun does what he asks, it would seal the fate of the Stillness forever.

Far away, her daughter Nassun is growing in power - and her choices will break the world.


For more from N. K. Jemisin, check out:

"One of the most celebrated new voices in epic fantasy."—Salon.com
"Stunning and well constructed ... a book that imbues itself with deeper meaning the more it unfolds and reveals itself, and by the end, I saw everything in a new light. I knew Jemisin was talented, being a huge fan of her Inheritance and Dreamblood books, but here she employs heretofore unseen skills."—Lightspeed on The Fifth Season
"[The Fifth Season is] an ambitious book, with a shifting point of view, and a protagonist whose full complexity doesn't become apparent till toward the end ... Jemisin's work itself is part of a slow but definite change in sci-fi and fantasy."—Guardian on The Fifth Season
"Intricate and extraordinary."—New York Times on The Fifth Season