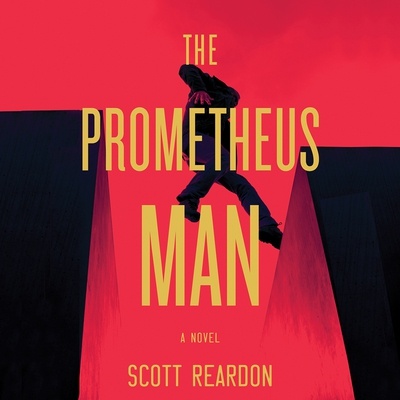 When a pile of bodies is found in Paris, CIA Agent Tom Blake hustles his way onto a major case: tracking a man with enhanced abilities, the test subject of a secret government program.

There's just one problem: the man using Agent Blake's identity is not Agent Blake. He's Tom Reese, a man without a family or a home.

Reese is searching for his brother's killer. He stole Agent Blake's identity two months ago and has bluffed his way onto the team investigating his only lead. But his time as a CIA agent is accelerating toward its expiration date.

Soon the CIA will find out that Agent Blake is in two places at once. Soon the augmented man will come looking for him. And soon both will discover that Tom Reese carries a secret even he doesn't know about.

He is the last test subject of Project Prometheus.

"Reardon has packed his debut with action, plot twists, and well-sketched characters. . . . Recommend this one to readers of John Burdett's The Bangkok Asset."�Booklist
"The Prometheus Man is a bullet-paced thriller that provokes fear, anger, and sympathy simultaneously, and makes us hope the world never lets this particular fiction turn into reality."�Thomas Perry, Edgar Award winner and bestselling author of The Informant
"The Prometheus Man is not only a stellar debut, it's a rare find in the reading landscape: a fast-paced techno-thriller with well-realized characters and a beating heart. A lot of people are running around claiming to be the next Michael Crichton. Scott Reardon actually has the writing chops to pull it off."�Brad Parks, Shamus Award-winning author of Say Nothing
"A debut thriller that succeeds . . . Many high-octane action scenes Reardon executes with skill."�Kirkus Reviews
"The Prometheus Man is a phenomenal debut, full of non-stop action and thrills. With this bioengineered twist on Jason Bourne, Reardon offers a dark vision of covert work that may be closer to the present than we think."�Matthew Quirk, bestselling author of The 500 and Cold Barrel Zero
"A winning international thriller that is as smart as it is suspenseful. Part Robert Ludlum, part Michael Crichton, with a contemporary spin all Scott Reardon's own, The Prometheus Man is flat-out a great read!"�Christopher Reich, New York Times bestselling author of Rules of Deception