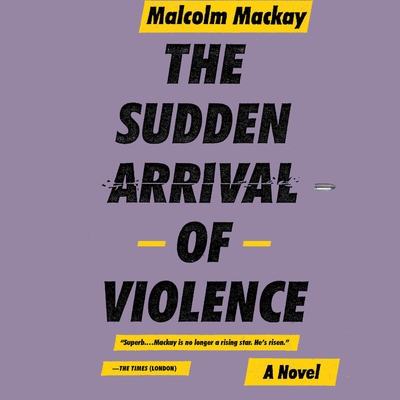 It begins with two deaths: a money-man and a police informant. Deaths that offer a unique opportunity to a man like Calum MacLean. A hit man who has finally had enough of killing.

Calum plans an unprecedented escape just as his employers need him the most. Glasgow's biggest criminal organizations are gearing up for a final, fatal confrontation.

The panic over Calum's abrupt disappearance may finally give Detective Michael Fisher the chance he need to close the case of a lifetime. But first, he must track down a man who has become a master of disappearance. A man who has staked his life on staying in the shadows.

"Superb . . . Mackay is a true original, managing to conjure up a gripping new way of portraying city-noir. This, from a writer who has lived his whole life in far-off Stornoway, with only few short visits to the Glasgow he has so vividly created. He's no longer a rising star. He's risen."—The Times
"Reviewers often groan at the hyperbole with which publishers adorn new novels, but with Malcolm Mackay it is justified. His poetic titles (The Necessary Death of Lewis Winter and How a Gunman Says Goodbye) are infused with the sense of menace that is the sine qua non of the genre while tipping the wink that this is crime writing with ambition. The Sudden Arrival of Violence is the conclusion to Mackay's acclaimed Glasgow trilogy . . . The youthful Mackay has the command of a writer twice his age, and he has delivered a conclusion to his trilogy that is just as cohesive and forceful as his previous two books."—Financial Times