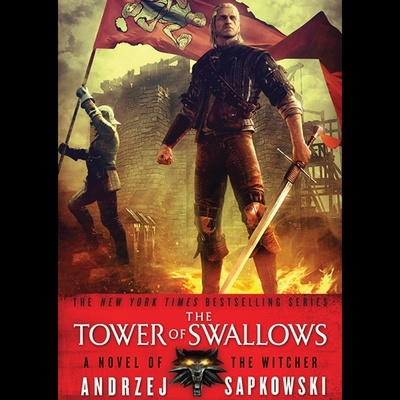 But the net around her is closing. Geralt, the Witcher, has assembled a group of allies determined to rescue her. Both sides of the war have sent brutal mercenaries to hunt her down. Her crimes have made her famous.

There is only one place left to run. The tower of the swallow is waiting...

"The character interplay is complex, unsentimental and anchored in brutal shared history. All bodes well for twisty plotting to come."—SFX
"The Witcher delivers one of the most intense and rewarding role-playing experiences this year."—GT Reviews on The Witcher video game
"Sapkowski revitalizes the genre with energetic and compelling writing. A breath of fresh air in a well-worn genre. Don't miss it!"—Dreamwatch (UK)
"Like Mieville and Gaiman, Sapkowski takes the old and makes it new."—Foundation (UK)
"New battle mechanics, a fantastic storyline, and a gritty setting make The Witcher one of the most engrossing, mature RPGs to arrive on the PC in years."—Gamespot.com on The Witcher video game