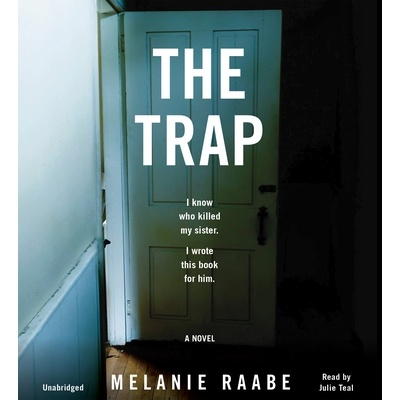 The renowned author Linda Conrads is famous for more than just her bestselling novels. For over eleven years, she has mystified fans by never setting foot outside her home. Far-fetched, sometimes sinister rumors surround the shut-in writer, but they pale in comparison to the chilling truth: Linda is haunted by the unsolved murder of her younger sister, whom she discovered in a pool of blood twelve years ago, and by the face of the man she saw fleeing the scene.

Now plagued by panic attacks, Linda copes with debilitating anxiety by secluding herself in her house, her last safe haven. But the sanctity of this refuge is shattered when her sister's murderer appears again--this time on her television screen. Empowered with sudden knowledge but hobbled by years of isolation, Linda resolves to use her only means of communication with the outside world--the plot of her next novel--to lay an irresistible trap for the man.

But as the plan is set in motion and the past comes rushing back, Linda's memories of that traumatic night--and her very sanity--are called into question. Is this man really a heartless killer or merely a helpless victim?

"In a crisp translation from the German by Imogen Taylor, Raabe delivers on a sly premise."—Seattle Times
"If you think you know what's going on in this winding psychological thriller, you're probably wrong...[a] Misery-in-reverse story."—Elle, "11 of the Best Books to Read in July"
"Intricately constructed... nicely done twists and turns."—Kirkus Reviews
"A fast, twisty read for fans of Paula Hawkins and Gillian Flynn."—Booklist
"A complex, amazingly written book that deals with the subject of walking the line between sanity and insanity based on one dreadful night that changes a life forever....An excellent job in all facets of storytelling from plot to characters to tone, this one definitely deserves the full 5-stars!"—Suspense Magazine
"A real literary phenomenon."—Mía (Spain)
"A superb psychological thriller with a storyline that will have you hooked. Not suitable for sensitive constitutions."—AR (Spain)
"This one has everything: intriguing characters, a great sense of place that grounds the action, and a devious and enthralling plot."—The Globe and Mail
"Has a terrific setup - and delivers...powerful tension."—The Seattle Times
"Suspenseful...taut storytelling."—Publishers Weekly