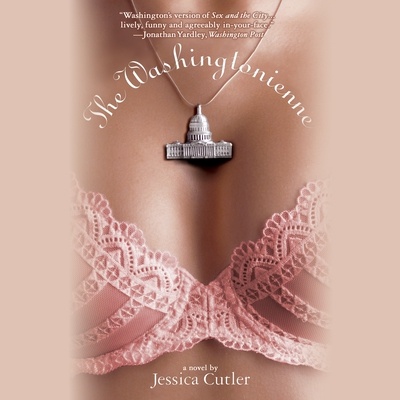 When Jacqueline Turner's fiancÉ gives her two days to move out of his apartment, she has no choice but to leave New York City and crash with her best friend in Washington, D.C. She needs an exciting new life--not to mention real employment. Where better to get a fresh start than the nation's capitol?

Alas, D.C. turns out to be a lot more buttoned-up and toned down than she'd hoped. It's a town where a girl has to make her own excitement--and Jacqueline Turner is just the woman for the job.

From the married presidential appointee who gives her cash after each tryst to the lascivious Georgetown lawyer who parades her around like something out of Pretty Woman, Jackie's roster of paramours grows so complicated that her friends ask her to start a blog so they can keep up. But in a small town like Washington, the line between private and public blurs very easily, and Jackie quickly realizes this blog idea may be more than she bargained for.

Deliciously gossipy and impossible to put down, The Washingtonienne is every bit as steamy and outrageous as the real-life exploits that inspired it.