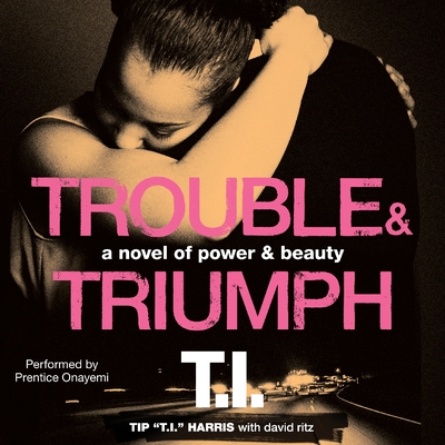 Grammy Award-winning hip-hop artist, music producer, and actor T.I. and his bestselling celebrity collaborator, David Ritz, continue the explosive story of Power and Beauty that began in the street-lit epic ...

When his mother, Charlotte, was killed, Paul “Power” Clay and his closest friend, Tanya “Beauty” Long, fell under the spell of a savvy and ruthless Atlanta businessman named Slim, who promised to protect them.

Wise beyond her years, Beauty always knew that the only person she could rely on was herself. It didn’t take long for the levelheaded young woman to recognize the simmering violence beneath Slim’s street charm. But getting away from him wasn’t easy, and it came at a heartbreaking price: turning her back on Power. Escaping to the glamorous catwalks of the Big Apple, she’s worked her breathtaking good looks and quick wit to build a thriving fashion business. Despite her success, she’s still haunted by the pain of leaving Power behind. Money and new men cannot erase the memory of the true love she denied.

To Power, Slim’s world held everything he thought he wanted: women, wealth, power, authority. He discovered too late that Slim Simmons isn’t just a businessman—he’s a ruthless killer who will turn on anyone he thinks is getting in his way. He is the monster who murdered Charlotte. Now, he controls the fate of her only son.

But neither Slim nor Power count on Beauty. Like Slim, she is a master who will manipulate, seduce, and sacrifice to get what she wants. She’s never let anything stop her from fulfilling her desires, and she will broker a dangerous bargain to save the only man she’s ever loved. But is saving Power worth sacrificing herself—body and soul? Will his youthful ambitions lead him to redemption—or deeper into the darkness? Will they bothbecome everything they swore they’d never be?

A tale of gangstas and sistas, money masters and politicians, that moves across the globe from Paris to New York, Atlanta to Tokyo, the Caribbean to California, Trouble & Triumph is a hip-hop mash-up of loyalty, betrayal, revenge, desire, greed, family, politics, and absolution—and of two unforgettable young star-crossed lovers from the streets who will risk everything for their dreams . . . and for each other.