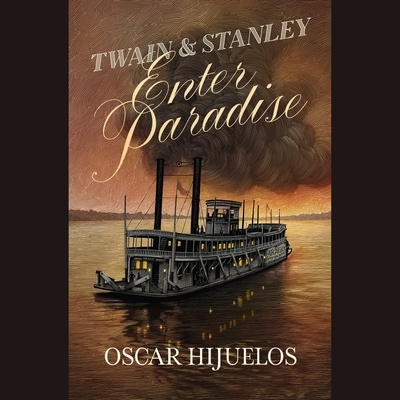 "The great Oscar Hijuelos lives on in this ambitious, fascinating, and richly detailed work that, like the author, is in a class by itself."—Gay Talese
"TWAIN & STANLEY ENTER PARADISE is a natural and delightful extension of Hijuelos' work, and like his earlier books, this one is distinguished by vitality so intense as to give the reader a charge just picking up the book. . . . a voice that is haunting and mesmerizing, and a story that shows just how fantastic and enjoyable Oscar Hijuelos' imagination really was."—Craig Nova, author of The Good Son
"Oscar Hijuelos, who left us suddenly and far too soon, has been deeply missed by those of us who were his friends-missed both as a friend and as a writer. The friend will not be coming back, but what a miracle that he has given us this last novel-which is a fine and wonderful novel, and surely among the best books Oscar ever wrote."—Paul Auster
"What a wonder to have Oscar Hijuelos return from the celestial beyond with a tale that is thoroughly of this world and firmly anchored in history! TWAIN & STANLEY ENTER PARADISE is a marvelous blend of research and the imagination, resurrecting two fascinating contemporaries-Mark Twain and Henry Morton Stanley-and lending a bygone era the shimmer of here and now."—Marie Arana, author of American Chica, Cellophane, and Bolívar: American Liberator.