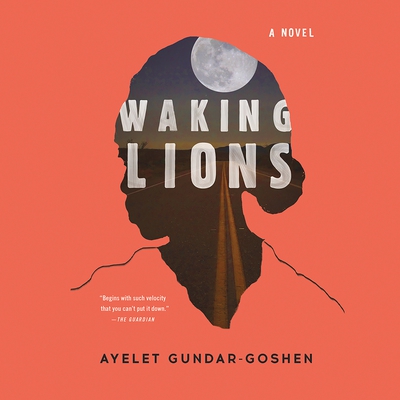 Neurosurgeon Eitan Green has the perfect life--married to a beautiful police officer and father of two young boys. Then, speeding along a deserted moonlit road after an exhausting hospital shift, he hits someone. Seeing that the man, an African migrant, is beyond help, he flees the scene.

When the victim's widow knocks at Eitan's door the next day, holding his wallet and divulging that she knows what happened, Eitan discovers that her price for silence is not money. It is something else entirely, something that will shatter Eitan's safe existence and take him into a world of secrets and lies he could never have anticipated.

WAKING LIONS is a gripping, suspenseful, and morally devastating drama of guilt and survival, shame and desire from a remarkable young author on the rise.

"Waking Lions is a classy, suspenseful tale of survival where the good guys and the bad guys are harder to distinguish than you might think."
—The Times UK

"Mesmerizing....Smoothly alternating points of view, it uses the format of a thriller to study the almost unbridgeable gap between insider and outsider. The complex relationships between Israelis, Bedouin Arabs, and Eritreans may be unique to Israel, but that social dynamic will reverberate meaningfully with U.S. readers as well."

"A literary thriller that is used as a vehicle to explore big moral issues. I loved everything about it."
—Daily Mail UK

"Gripping....twists and turns like a thriller."
—Sunday Times UK

"It's not every day a writer like this comes our way."
—Guardian UK