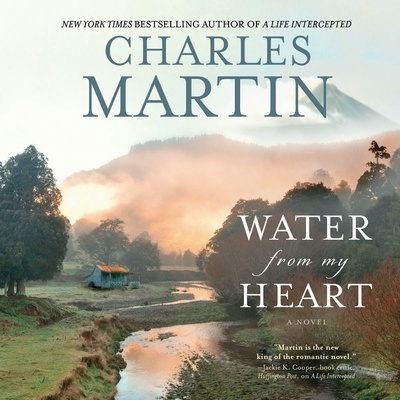 Charlie Finn had to grow up fast, living alone by age sixteen. Highly intelligent, he earned a life-changing scholarship to Harvard, where he learned how to survive and thrive on the outskirts of privileged society. That skill served him well in the cutthroat business world, as it does in more lucrative but dangerous ventures he now operates off the coast of Miami. Charlie tries to separate relationships from work. But when his choices produce devastating consequences, he sets out to right wrongs, traveling to Central America where he will meet those who have paid for his actions, including a woman and her young daughter. Will their fated encounter present Charlie with a way to seek the redemption he thought was impossible--and free his heart to love one woman as he never knew he could?

"Martin is the new king of the romantic novel. . ..A Life Intercepted is a book that will swallow you up and keep you spellbound."—Jackie K Cooper, Book Critic, The Huffington Post, on A Life Intercepted
"Amazingly meaningful and deep...The author's gifts for turning a phrase and multi-dimensional characterization are beyond superlative....Highly recommended."—RT Book Reviews, TOP PICK!
"Avid football fans will be rewarded....Equal parts crime thriller/mystery and old-fashioned love story."—Bookpage on A Life Intercepted
"Every word Martin writes seems to be purposefully chosen and adds to the beautiful picture he paints with prose. The characters are so real they radiate from the page. Readers will be moved, touched and changed."—RT Book Reviews, ****1/2, on Unwritten
"Martin's story charges headlong into the sentimental territory-and best-seller terrain-of The Notebook, which doubtless will mean major studio screen treatment."—Kirkus (starred review) on Unwritten
"Love, redemption, selflessness are all a part of Martin's newest story and he uses his superb ability to string words together in the most effective way....This is not your usual summertime read. It stuns you with its power.... pass it on to your best friend. You couldn't give someone a better gift."
—Jackie K. Cooper, Huffington Post
"A spellbinding novel...Charles Martin took the threads of his storyline and wrapped them around my heart. His unforgettable characters captivate as they confront their hidden pasts and build upon their futures with faith, friendship, and grace."—Elin Hilderbrand, author of Beautiful Day on Unwritten
"Could easily be ripped from today's headlines. A moving story of lost dreams, unending love, truth seeking and in the end, inspiring redemption. This one is not to be missed!"—Michael Morris, author of Man in the Blue Moon and A Place Called Wiregrass on A Life Intercepted
"A beautiful story of love, redemption, and football. A winning combination."—Library Journal on A Life Intercepted
"A touching tale of love, loss, and redemption."—Booklist on A Life Intercepted