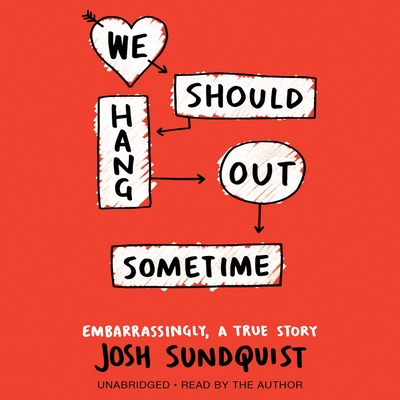 "Often hilarious, occasionally awkward, and always hopeful, Josh's quest for love will have readers rooting for him all the way."—Jennifer E. Smith, author of The Statistical Probability of Love at First Sight and The Geography of You and Me
"[A] laugh-out-loud memoir...This is a unique, earnest, and funny coming-of-age story about Sundquist's experiences as a cancer survivor, amputee, Paralympic ski racer, and motivational speaker. Readers will appreciate the humorous and often embarrassingly accurate tales depicted in the pages of this book."—SLJ
"An autobiographical account that's equal parts hilarious and cringe-inducing...While his recent interviews and meetings with the girls from his past are often just as uncomfortable as their dates were, they also lead to answers as genuine as his narrative."—Publishers Weekly
Praise for We Should Hang Out Sometime:"Sundquist is a storyteller-flawed, wry, laid-back and sympathetic. Anyone who's felt awkward will alternately (or simultaneously) wince and burst out laughing at his earnest misadventures with stalkers, "Close Fast Dancing" and flow charts... but above all, they'll be rooting for Sundquist to hang out with a girl. Funny, sympathetic and poignant, Sundquist's memoir has a high probability of success."—Kirkus Reviews
"Josh Sundquist has written a sharp, funny memoir without an ounce of self-pity about how the fear of rejection can be far more crippling than any disease. A hilarious, heartfelt reminder that finding the courage to accept love is an inside job."—Aaron Hartzler, author of Rapture Practice