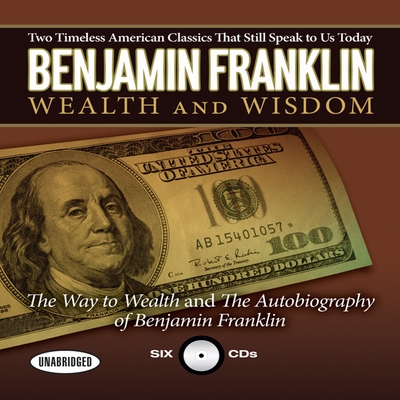 Two Classics of the American Spirit Together on Audio for the First Time!

The Way to Wealth, originally a preface to the 1758 edition of Franklin's beloved Poor Richard's Almanack, presents a brief fable of a local wise man, Father Abraham, quoting Poor Richard to an eager crowd. In this inspiring tale, Franklin steps out of the past and shares with you his famed maxims about wealth, knowledge, virtue and all other elements of business success.

The Autobiography of Benjamin Franklin offers Franklin's life story-at least the first few decades, as he died without finishing it-as he tries to identify and develop a formula for personal success. Included is the popular 'Art of Virtue,' in which Franklin lists the 13 qualities he hoped to possess.

An early and influential advocate of the idea that any of us can create in ourselves the greatness to which we aspire, Franklin speaks across the centuries to listeners as clearly and practically as ever.