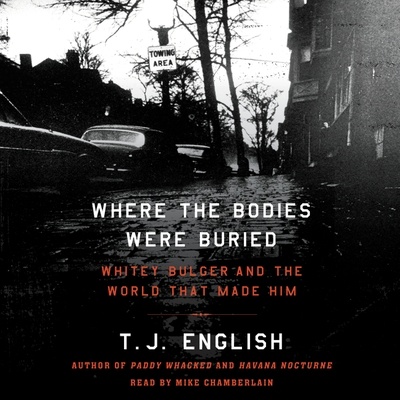 New York Times bestselling author T. J. English, the acclaimed master chronicler of the Irish Mob in America, offers a front-row seat at the trial of one of the most ...

New York Times bestselling author T. J. English, the acclaimed master chronicler of the Irish Mob in America, offers a front-row seat at the trial of one of the most notorious gangsters of all—Whitey Bulger—and pulls back the veil to expose a breathtaking history of corruption and malfeasance

Whitey Bulger was, following the death of Osama bin Laden, the number-one fugitive on the FBI's Ten Most Wanted list; he remained at large for sixteen years. One of the most prominent mobsters in Boston's criminal underworld from the 1970s until his disappearance in 1995, Bulger was sometimes romanticized as a Robin Hood–esque thief and protector who looked out for his South Boston neighborhood.

But the truth was much more complicated—and infinitely more sordid—as his trial on racketeering charges revealed in alarming detail. Throughout the era in which Bulger was a crime boss, he was also a Top Echelon Informant (TE) for the FBI, supposedly helping prosecutors make organized-crime cases against the Mafia by feeding them information that could win them convictions in court. His relationship with the criminal justice system—an arrangement he inherited from a previous generation of gangsters and corrupt lawmen—represents the hidden horror of the Bulger story and the battleground on which prosecutors and defense lawyers clashed at his trial.

There have been other books on Bulger, but none like this. T. J. English—author of Paddy Whacked, the definitive history of the Irish Mob—was present every day of the proceedings, and in Where the Bodies Were Buried gives us not just an account of the trial but also a deeply sourced, disturbing portrait of the decades-long culture of collusion between the Feds and the Irish and Italian Mob factions that ruled Boston and much of New England from the 1970s forward. English provides the first look at Bulger's own understanding of his relationship with the FBI—including the immunity deal he claimed with the U.S. Attorney's Office—and an in-depth assessment of the degree to which gangsterism, politics, and law enforcement have long been intertwined in Boston.

Rich in first-person interviews with criminal associates, retired FBI agents, victims, and their families, Where the Bodies Were Buried completes the informal trilogy English began with The Westies and Paddy Whacked and promises to be the last word on a reign of terror that many feared would never end.