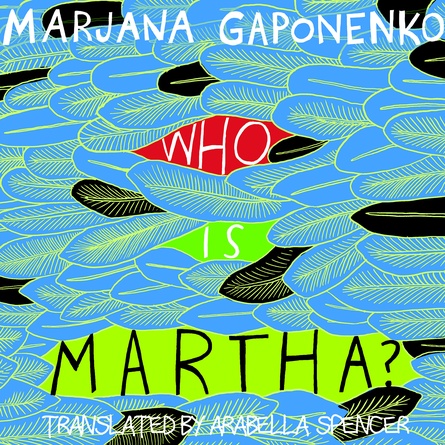 in stock
Who is Martha?
(Unabridged)
add to wishlist give as a gift Play Sample

In this rollicking novel, 96-year-old ornithologist Luka Levadski foregoes treatment for lung cancer and moves from Ukraine to Vienna to make a grand exit in a luxury suite at the ...

In this rollicking novel, 96-year-old ornithologist Luka Levadski foregoes treatment for lung cancer and moves from Ukraine to Vienna to make a grand exit in a luxury suite at the Hotel Imperial. He reflects on his past while indulging in Viennese cakes and savoring music in a gilded concert hall. Levadski was born in 1914, the same year that Martha – the last of the now-extinct passenger pigeons – died. Levadski himself has an acute sense of being the last of a species. He may have devoted much of his existence to studying birds, but now he befriends a hotel butler and another elderly guest, who also doesn’t have much time left, to share in the lively escapades of his final days. This gloriously written tale, in which Levadski feels “his heart pounding at the portals of his brain,” mixes piquant wit with lofty musings about life, friendship, aging and death.

"A book like a fantastic party, as unshakeable as a child's faith. . . . Astonishes to the very end."—Neue Zürcher Zeitung

"A celebration of creation and all its wonders, full of the joy of life."—Der Spiegel

"A work of unbridled imagination. Marjana Gaponenko is exuberantly talented, and here she pulls out all the stops."—Die Welt

This sweet audiobook is made all the better by the soothing voice of Narrator Allan Robertson, who reminded me of Burl Ives and was wonderful to the ear. Marjana Gaponenko has written a beautiful book about a 96 year old Ornithology Professor who at the end of his life, chooses to go out in style by living out his days in a penthouse suite in a luxury hotel in Vienna. In imaginative flashbacks, he relives his life through the memories of his boyhood and his Mother and her love of birds. In his present life in the hotel, he is cared for by a butler, bartenders, and a drinking companion as he continues to engage in a dreamlike fashion with the people and creatures around him. The ending will leave you wondering.