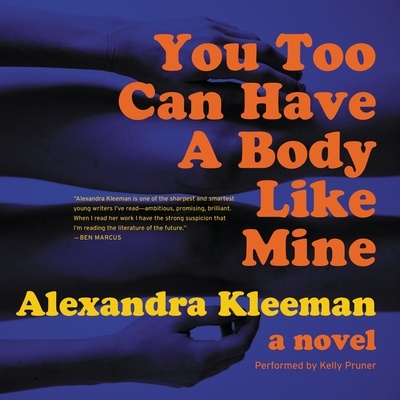 A woman known only as A lives in an unnamed American city with her roommate, B, and boyfriend, C, who wants her to join him on a reality dating show ...

A woman known only as A lives in an unnamed American city with her roommate, B, and boyfriend, C, who wants her to join him on a reality dating show called That's My Partner! A eats mostly popsicles and oranges, watches endless amounts of television, often just for the commercials— particularly the recurring cartoon escapades of Kandy Kat, the mascot for an entirely chemical dessert—and models herself on a standard of beauty that exists only in such advertising. She fixates on the fifteen minutes of fame a local celebrity named Michael has earned after buying up a Wally's Supermarket's entire, and increasingly ample, supply of veal.

Meanwhile, B is attempting to make herself a twin of A, who in turn hungers for something to give meaning to her life, something aside from C's pornography addiction. Maybe something like what's gotten into her neighbors across the street, the family who's begun "ghosting" themselves beneath white sheets and whose garage door features a strange scrawl of graffiti: he who sits next to me, may we eat as one.

An intelligent and madly entertaining novel reminiscent of The Crying of Lot 49, White Noise, and City of Glass, Alexandra Kleeman's unforgettable debut is a missing-person mystery told from the point of view of the missing person; an American horror story that concerns sex and friendship, consumption and appetite, faith and transformation, real food and reality television; and, above all, a wholly singular vision of modern womanhood by a frightening, "stunning" (Conjunctions), and often very funny voice of a new generation.