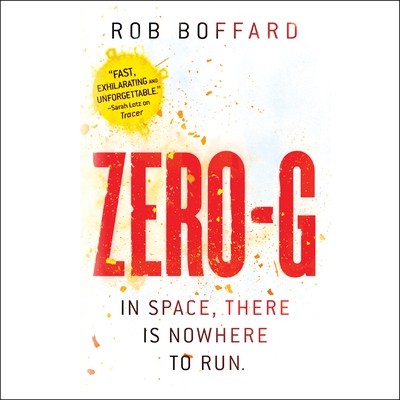 The clock is ticking down again for Riley Hale.

She may be the newest member of Outer Earth's law enforcement team, but she feels less in control than ever. A twisted doctor bent on revenge is blackmailing her with a deadly threat. If Riley's to survive, she must follow his orders, and break a dangerous prisoner out of jail. To save her own skin, Riley must go against all her beliefs, and break every law that she's just sworn to protect. Riley's mission will get even tougher when all sectors are thrown into lock-down. A lethal virus has begun to spread through Outer Earth, and it seems little can stop it. If Riley doesn't live long enough to help to find a cure, then the last members of the human race will perish along with her.

The future of humanity hangs in the balance. And time is running out.

"Ludicrously fast-paced, with a brilliant sci-fi setting, Tracer is an absolute blast of a read."—David Owen on Tracer
"Reading Tracer is like being on a rocket-propelled roller coaster and trapped in a supersonic pinball machine at one and the same time. The action flies by in a blur and leaves you as breathless and reeling as the protagonists. Riley Hale battles to save the last remnants of humanity from a homicidal maniac and a secretive suicide cult in the claustrophobic, brilliantly evoked world of a crumbling space station where danger lies around every corner. A stunning debut by Rob Boffard that never lets up, from the nerve-jangling beginning to the explosive end."—James Douglas on Tracer
"Tracer is the literary equivalent of a base jump: fast, exhilarating and unforgettable, and once you start it you can't stop. I loved it."—Sarah Lotz, author of The Three, on Tracer
"Boffard's story moves lightning fast."—Publisher's Weekly on Zero-G
"Readers who prize the rush of an action-packed plot will have fun with this."—Publisher's Weekly on Tracer