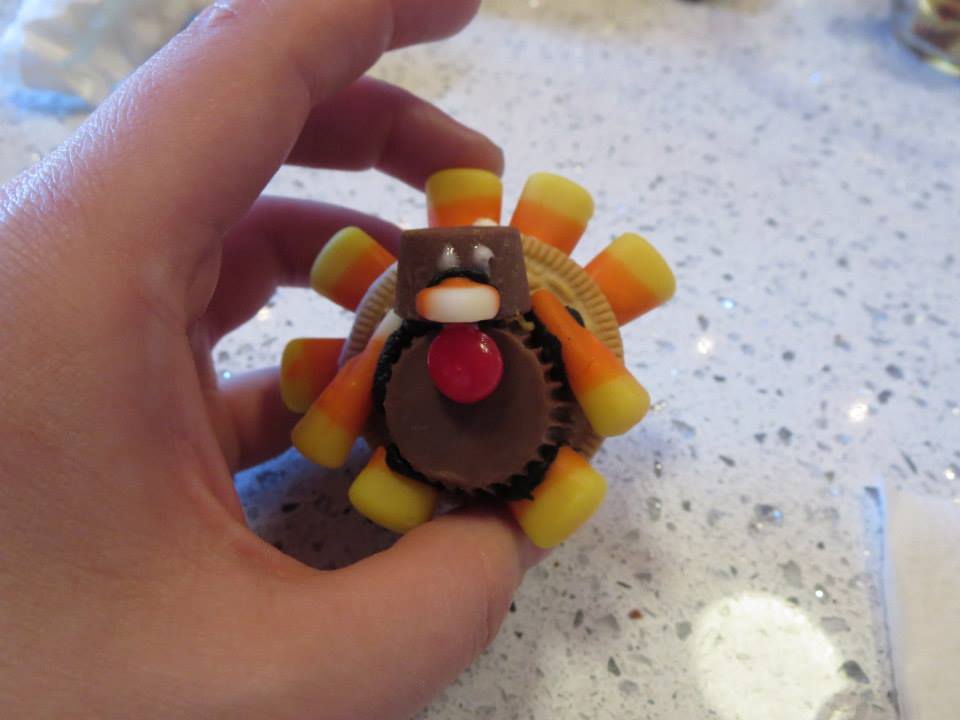 We asked the team at ListenUp for their favorite traditions and recipes. When we asked Casey what her favorite Thanksgiving tradition was, she answered “making Oreo turkeys!”. We were confused. Casey said she made them all the time as a kid, so she schooled the rest of us in the art of Oreo turkeys.

Tracey fondly remembers childhood Thanksgiving mornings and waking up at the crack of dawn to go to the apple orchard with her grandparents, dad, and brother. There, the kids would climb the apple trees and throw down apples to the adults. “My brother and I would try and confuse our dad by each throwing apples at the same time, so he wouldn’t know which one to go for.” Back at home, Tracey’s German grandma and mom would get to work on peeling the apples and making the best apple pies ever. “I would get an entire pie to myself. And I’d eat the whole thing.”

Thanksgiving is the big holiday in Mae’s family. The day starts at her aunt and uncle’s house for breakfast and bloody marys (for the adults). After that, they head to her grandparents’ house for a big bocce game, because “my family is really competitive, but not athletic”. Mae’s family has a tradition of hazing the newcomers – boyfriends and girlfriends who are invited along. “We would take a stick of butter and sprinkle salt on it. Then we tell them that when you put salt on butter, it creates heat and have them put their hand over it. Then we smash their hand in butter. It got so out of control that my grandparents had to hide their butter and we had to bring our own butter.”

Ryan loves sweet potato soufflé (with marshmallows) and confessed that his “cousins and I all weigh ourselves before and after the meal to see who can gain the most.”

Brad also loves sweet potato soufflé, but his mom’s recipe skips the marshmallows in favor of coconut and candied pecans. He was kind enough to share the recipe, along with his mom’s recipe for green bean casserole, topped with Ritz crackers.

Holly’s favorite Thanksgiving food is creamed corn. “And some people think that’s gross. Like the rest of my family, which is why I would get the whole bowl to myself. I think the key to real southern cooking is taking food that is originally kind of good for you and making it terribly unhealthy, which is why I love creamed corn.”

Kristin’s family makes homemade spätzle, which are german noodles. “We have to police them, though, because my dad will take them while they are still cooking. And we fight over the crispy ones. Actually, we fight over any crispy carbohydrate, but especially spätzle.”

What are your Thanksgiving traditions and favorite foods?